Some thoughts on machinery in TLS

As I have thought about creating this forum it has lead from a simple question to a lengthy internal discussion on the paradigm that informs the warfare that takes place in the universe that TLS brings to the table.I'm afrad this could be a very long post,that said,I would love to hear everyone's opinion;the creativity of many make patches holes in the creativity of the few.

First the simple question: I think VTOL aircraft are the most suitable aircraft for TLS-in a future world,they could be swifter and less vulnerable than helicopters and more maneuverable than jets.Plus it seems a vehicle that doesn't get much attention and any opportunity to take a road less frequently traveled appeals to me as an a chance to give the player something fresh. If we decide to go with this,it could effect how the RTS end of combat plays out and so,this is not just a topic for writers,but for the GDD crew and artists as well.I see this forum as chance to discuss this and other related topics.If you came here for the simple question,you need read no further.

The lengthy internal discussion;How is warfare different in TLS than we know it now?How is it different than warfare of the past?There are many current motivations for waging war:economics,ideology,security and so on.
I see war in TLS as the very means of survival,making it a very different experience than the war we have experienced in our time.The cherished ideologies of our time have faded,disappeared or have taken a back burner to the needs of simply staying alive.Due to a dearth of raw resource,mass production of consumer goods is nearly nonexistent,everything is consumed by the need to satisfy the practical.I would imagine most of the available military equipment has been scavenged,scrapped,recycled and re-purposed,modifications have been made and the vehicles and weapons of violence have been tailored to the specific needs of the Factions.
I imagine the Factions to be semi-nomadic-having a central headquarters and various scattered smaller bases to more readily gather and transport resources found and captured.There are no nations and global warfare has been reduced to skirmishes that range from small land conflicts to shoots traded between star ships.
I do understand that this has been way over thought and that the above isn't something that will be explicitly written,my point in writing this is to get us on the same page and to have a definite paradigm of war that informs how we think about and so form the game.
Once again,I appreciate your thoughts and time-if you think what I've written above needs correcting or further discussing,bring it on,your view is valid.
-Matthew-
-Matthew- 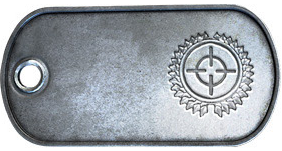 Joined: 2/1/2016
Member Replies 1
Member Follows 3
I like the idea of using VTOL aircraft. It could also be cool if every mech had a VTOL flying drone armed with weapons that is carried on and launched from the back of the mech.

Joined: 1/23/2018
Member Replies 103
Member Follows 38
I guess to be brutal, any vehicle could be modified to adapt to the environment. In an absolute sense, The future is wide open to change anything into whatever we need. That said,our future choose mechs and I think the reasoning is sound. I agree, it hardly makes sense to say there is a scarcity of resources and then turn around build roads and massive structures. A dearth of resources creates a unique world I think,and that is exciting to me. It keeps our universe lean and hungry. That mindset of survival and desperation allows us to exploit the best and worst of humanity. On a poetic note, to me,the mechs are proxy humans, waging war even when humans can't because of cost of violence. I'm sorry if Ive rambled.
-Matthew-
-Matthew-
Awards:

Joined: 7/4/2016
Member Replies 65
Member Follows 27
Another thought could be like as you said, mechas are more agile than tanks so they can traverse the terrain easier, since I'm assuming most industrial developments have been destroyed, so there is little or no roads that a tank would need to traverse the land?

Joined: 1/23/2018
Member Replies 103
Member Follows 38
I really appreciate the feedback.I've been thinking about the question, why mechs? Why not super tanks ? As a player I've played at least 2 games that are based around much combat,the presence of mechs is never justified and its something I have wondered. As a writer I want this question answered, I want it to feel real and nessecary( asside from the fact that mechs are cool). My thinking so far, vehicles like tanks ( as we know them) require more than one person to operate,mechs take one with at least the same amount of firepower. Mechs are presumably swifter and more maneuverable. I would think that a machine more human would be more intuitive to operate. According to how I have the lore laid out, in the crisis before TLS takes place mechs were outfitted with cybornetic implants and used to keep human soldiers on battlefields dominated by drones. when this is essentially repeated in the story of TLS,this becomes the means of removing precious soldiers from the frontline. As with my previous post, most if this fluff,understanding I have so that the story is thorough and real,it doesn't ha e a lot of bearing outside the story. My reasoning for posting it here is to make sure we are on the same page and to ensure that my thinking is correct, since it is forming the lore .
-Matthew-
-Matthew-
Awards:

The VTOL aircraft works good with the game design, many abilities can make use of it, because it's fast enough for a "fly by" to drop some emergency supplies but also slow enough to drop troops. This way we can use it for many abilities.

That means, I can just agree with Matthew, nothing that changes our current gameplay, it fits well with it.

Joined: 7/4/2016
Member Replies 65
Member Follows 27
I agree with VTOLs, it seems that with lack or resources, it would not be practical to use jets since they require airfields to land at, whereas VTOLs can take off and land pretty much anywhere to transport troops and mechs, and can transform into jets once in the air. I also agree with James, the main idea of combat will pretty much remain the same as what we know now, albeit with more advanced technology to make things interesting, but the REASONS behind those battles would be different. You also brought up a good point with most resources being scavenged, repurposed, and recycled. I think it is important to start thinking about what kind of technology, weaponry, and equipment they have based off of this because it could possibly affect writing or gameplay, but definitely art and sound.

Joined: 2/4/2017
Member Replies 748
Member Follows 126
TLS sounds good to me this will need to be in the outline for the design team to work into the GDD.

Warfare is just that robots fighting.  If you google war pretty much anything you see I think sooner or later we will have a Mech that does it.

@Design Do you have anything to add to this?